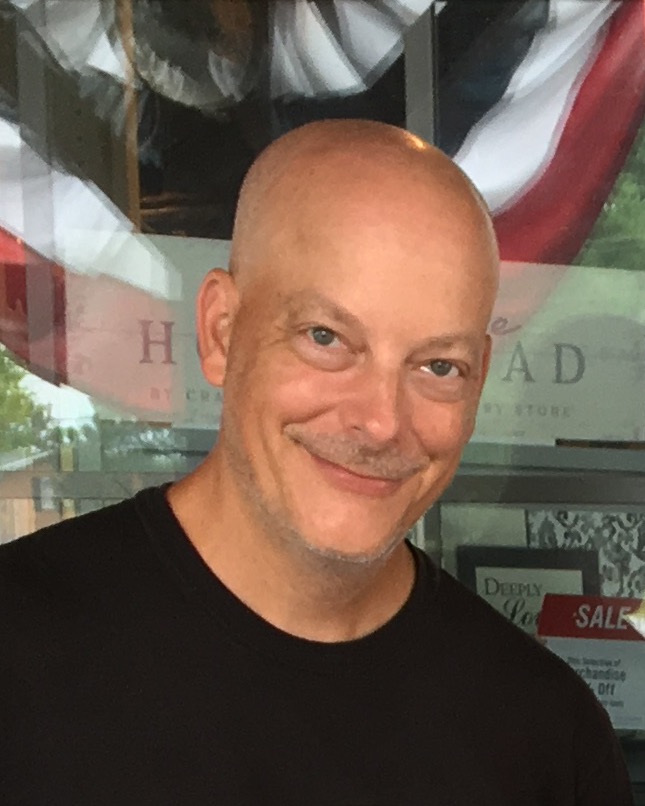 Brian Shawn Hobbs—who was Brian, B, Silly Brian, Brain, Bri, Mister Brian, Hobbs, or Brisar, the Dog Whisperer, depending on your relationship to him—passed away on November 26, 2022, at home in Aberdeen, after a brief illness.

Brian was born on August 30, 1969, in Decatur, Ga.  He grew up in Decatur, east of Atlanta, graduating from Avondale High School in 1988.  He studied Business Administration and Accounting at Georgia Perimeter College, where he made the Dean’s List.

He relocated to Mississippi in 2010, replying whenever someone asked why: “There are only two reasons to move 300 miles away from home, love and work…and I didn’t have a job lined up.”

But he found work quickly, as he was never long without employment of some sort.  With an unmatched combination of aptitude and determination, he never met a challenge from which he shrank, and he therefore exceled in a variety of jobs and roles: supervisory, manufacturing, sales, inventory management, lawn care, retail, office administration, restaurant, hauling and delivery, accounting.  He found a work home in Aberdeen at Comer Packing Company in 2015, where he proved his reputation as the hardest worker ever born!

He loved being outdoors—kayaking, hiking, and sailing.  A gifted guitarist who was learning piano, as well, Brian also possessed a knack for all things technical/digital/computer, and he could build or fix literally anything.  He enjoyed cheering for all of the Atlanta sports teams, the University of Georgia, and his chosen local team, Mississippi State, because “they’re the Bulldogs, too, just like Georgia!”

With his beautiful, creative brain, and his attention to detail and design, he was a builder/operator of remote-controlled cars, planes, boats, and drones, with other interests that varied from photography and cooking, to writing and entrepreneurship.  He was also teaching himself Spanish via an app and beamed with pride when a server at a Mexican restaurant asked if Brian spoke Spanish after he placed his order.

Brian Hobbs was infinitely patient, fair, courteous, and the very definition of “easygoing.”  He was quick to volunteer his abilities and time, both in official and unofficial capacities.  But there was always some salty under the sweetness: his grin was all mischief, and his love language was teasing.

His only real flaw was his utter inability to remember anything.  “My memory is only as long as my hair,” he would frequently say with a shrug and a gesture toward his shaved-smooth head.  But those around him have long suspected that, in fact, his brain was too full of brilliance to leave space for remembering.

Brian was a magnet for animals and children, and never met an old lady he failed to flirt with.  He was a constant source of dumb jokes and groan-inducing puns, but was just as quick with a kind gesture and a helping hand, both for friends and for strangers.  And he would hate—HATE—this collection of glowing, blatant praise for him.  Because, naturally, he was completely humble, too.

He leaves to treasure his memory his partner, Meg Evans (Aberdeen); his parents, Judy and Frank (Loganville, Ga.), and his brother and sister-in-law, Joe and Nicole (Grantville, Ga.); Meg’s parents, Susan and Rick (Aberdeen), and her brothers and their wives, Grant and Ashley (Spring Hill, Tenn.), and Whit and Kristi (Concord, NC); nephews and nieces, Houston, Wyatt, Saylor and Morgan; and a host of aunts, uncles, cousins, and beloved friends.

In lieu of flowers or gifts, please give kind words and generous assistance to those around you, or donations to The Elkin Theatre, The Loaves and Fishes Food Bank, or the charity of your choice.

A celebration of Brian’s life will be held at a later time.

To order memorial trees or send flowers to the family in memory of Brian Hobbs, please visit our flower store.