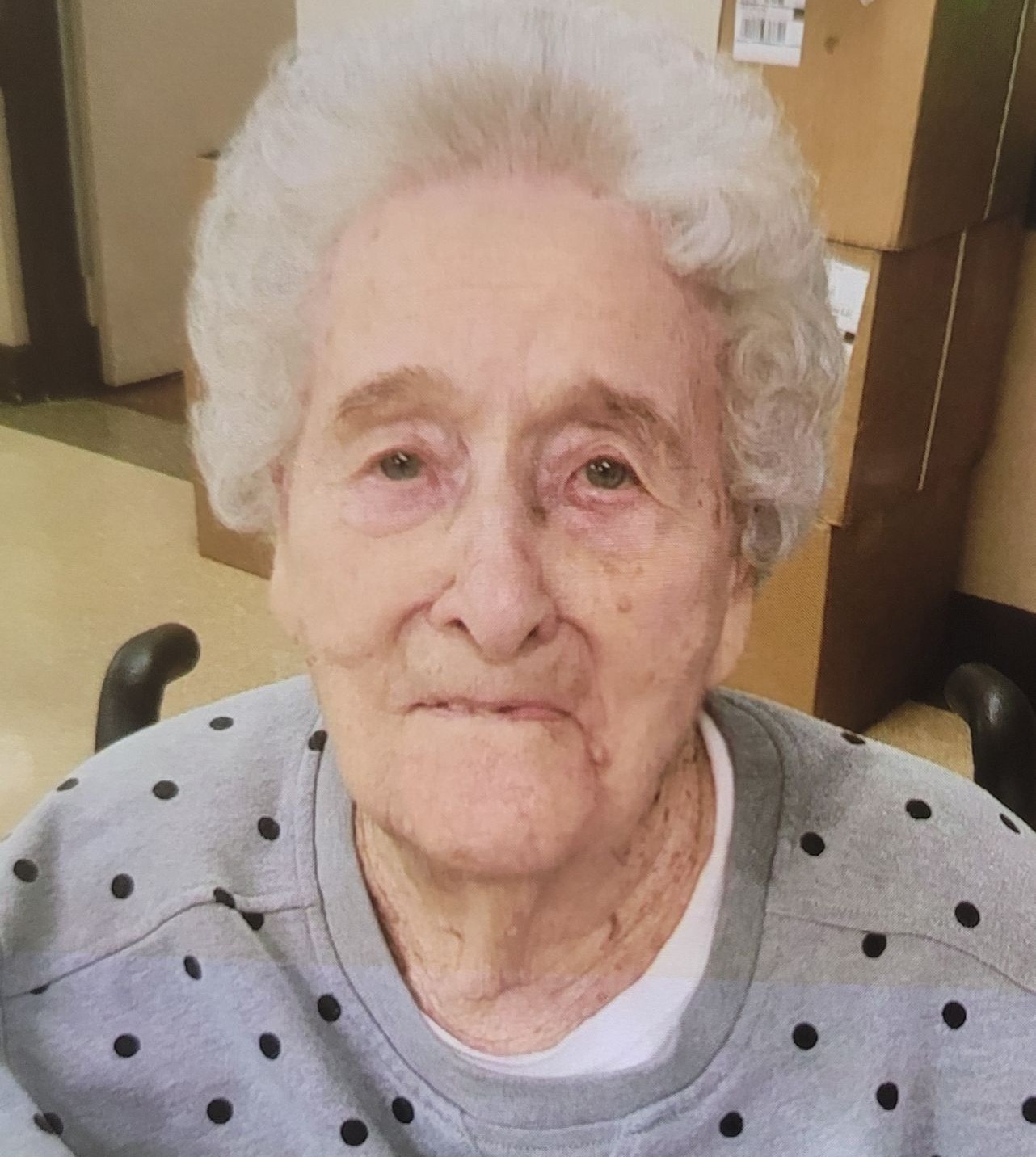 Frances Yeager
NETTLETON -   Bulah Frances (Seymore) Yeager , 97, passed away on Saturday, March 19, 2022 at Diversicare of Amory. She was born in Lee County on June 20, 1924 to parents Riley Seymore and Jesse (Shackelford) Seymore . She lived most of her life in Monroe County. She had worked for Reeds in Nettleton for many years. She was a 47 year member of Victory Baptist Church. She loved to quilt, work in her flower beds, talking and socializing with people. Frances really loved and enjoyed her family. She was a very spiritual lady.
Funeral services will be at Victory Baptist Church on Sunday, March 20, 2022 at 2:00 p.m. with Bro. Robert Earl Fowlkes officiating. Burial will be in Jones Chapel Cemetery. Tisdale-Lann Memorial Funeral Home of Nettleton will be in charge of arrangements.
She is survived by two daughters, Betty Guin (Kenneth) of Nettleton; Maggie Snelson of Nettleton; one son, Larry Yeager of Nettleton; nine grandchildren. two brothers, Odell and Romie Seymore of Nettleton ; and a host of great and great great grandchildren.
She was preceded in death by her parents , her husband Jessie M. Yeager, one son, Donald Ray Yeager, one daughter, Louise Oliver four brothers, three sisters, one son-in-law, Buddy Snelson, and 4 grandchildren , Lisa Oliver, Donald Yeager II, Dusty Snelson, Nathan Ray Yeager, one daughter-in-law , Tina Yeager.
Pallbearers will be Andrew Pate, George Self, Michael Oliver, Hunter Barnett, James Coggin, and James Seymore.
Two honorary pallbearers will be Durrell Hall and Carroll Pettigrew.
Visitation will be on Sunday at the church before service from 1:00-2:00 p.m.
Donations may be made to Diversicare of Amory Activity Department in Memory of Frances Yeager.
The family would like to thank the staff at Diversicare and Legacy Hospice .
Expressions of sympathy can be sent to the family at www.tisdalelannmemorialfh.com.

To order memorial trees or send flowers to the family in memory of Bulah Frances Yeager, please visit our flower store.