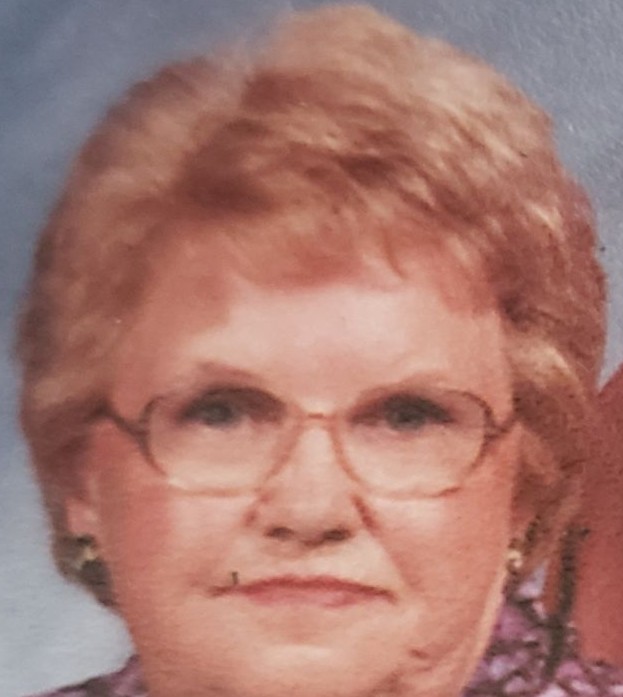 Carol Jean Rye
NETTLETON -   Carol Jean Rye , 89, passed away on Monday, June 13, 2022 at NMMC-Gilmore in Amory, MS. She was born in Lacrosse, WI on September 11, 1932 to parents Wilbur Moevs and Beverly (Anderson) Moevs. She married the love of her life Jimmy "Goat" Rye and they were married for 53 years. She had resided in Nettleton for over 70 years. Carol had worked at Reed's and Lucky Star as a seamstress and later she had worked at Nettleton Primary School. She was a member of First Baptist Church Nettleton. Carol enjoyed working in her yard, lounging in her pool, cooking for family and she dearly loved her dog "Frankie:"
Funeral services will be in the Chapel of Tisdale-Lann Memorial Funeral Home in Nettleton on Thursday, June 16, 2022 at 11:00 a.m. with Bro. Bradley Geno and Bro. Regan Rye officiating. Burial will be in Nettleton Cemetery.
She is survived by one daughter, Debbie Rye, two sons, Ricky Rye (Lisa), Ronnie Rye (Sharon), four grandchildren, Justin Rye, Courtney Rye, Jena Gray (Michael), A.J. Rye and three great grandchildren, Emma Henson, Harper Rye, Zeke Barnes and a host of nieces and nephews.
She was preceded in death by her parents, her husband Jimmy, and one brother Jerry Moevs.
Pallbearers will be Scooter Henson, A.J. Rye, Justin Rye, Kenny Wooldridge, Donnie Wooldridge, and Michael Gray.
Visitation will be on Wednesday , June 15, 2022 at the funeral home from 5:00-8:00 p.m.
Expressions of sympathy may be sent to the family at www.tisdalelannmemorialfh.com.

To order memorial trees or send flowers to the family in memory of Carol Jean Rye, please visit our flower store.