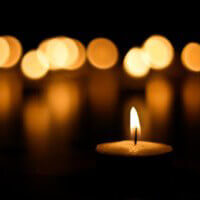 Carolyn Sue Hill Sanders, 77, passed away on Saturday, February 20, 2021 at her son’s residence. Born on March 10, 1943 in Aberdeen, she was a daughter to Herman Harold and Hazel Mae Lewis Hill. She was a member of New Hope Christian Church in the Coontail Community and prior to her retirement, she had a flower business and would sit with the elderly which she thoroughly enjoyed and made many friends. In her younger years, she enjoyed spending summers with her grandmother in Amory.

Funeral services will be at 2 p.m. on Wednesday, February 24, 2021 at Tisdale-Lann Funeral Home in Aberdeen with Bro. Bob Secrist officiating. Private family burial will follow in the New Hope (Coontail) Cemetery.

She was preceded in death by her parents; and two sons, Mike Sanders and Vance Sanders.

Visitation will be on Wednesday from noon until 1:45 p.m. at the funeral home.

Condolences may be shared with the family at tisdalelannmemorial.com
To order memorial trees or send flowers to the family in memory of Carolyn Sue Hill Sanders, please visit our flower store.