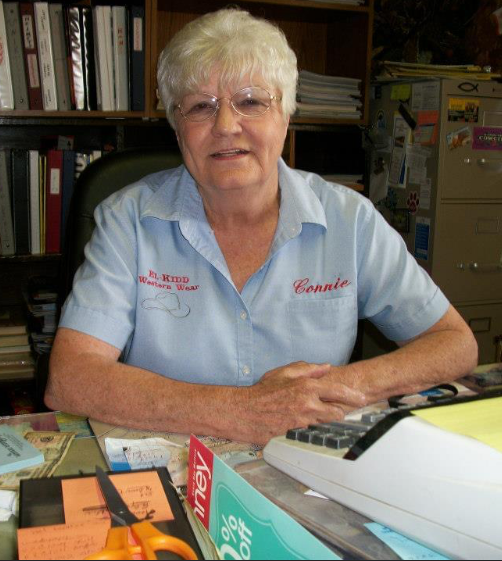 Connie Sue Potter Sartin, 78, passed away on Friday, May 21, 2021 at NMMC- Gilmore in Amory. She was born on May 8, 1943 in Ashcamp, Kentucky to the late James and Vesta Tackett Potter. On December 15, 1969 she married Walter Sartin. Walter's career in the United States Air Force would take them all across the country and to several different bases. In 1971 they came to the Columbus Air Force base and in 1974, they finally settled down in Hamilton upon his retirement. In 1982 Connie and Walter oped El Kidd Western Wear on Highway 45 in Hamilton, where it is still operated to this day with the help of their daughter, Tina. Connie was absolutely devoted to her family. She enjoyed traveling and visiting with their many customers. She was a long time member of Hamilton United Methodist Church.

In addition to her parents, she is preceded in death by her grandson, Clint Davis; brothers, Art Potter (Ann), Oscar Potter (Odie) and an infant brother.

Funeral Services will be held at 1 PM on Monday, May 24 at the Hamilton United Methodist Church with Dr. Roger McGrew officiating. Burial will follow in the Friendship Cemetery. Pallbearers will be Gerald Adams, Todd Robinson, Nick Robison, Nick Owens, Vick Armstreet and Tommy Sanders. Honorary pallbearers will be the men of Hamilton United Methodist Church.

Visitation will be at the church on Monday prior to the service from 11 AM until 12:45 PM.

To order memorial trees or send flowers to the family in memory of Connie Sartin, please visit our flower store.