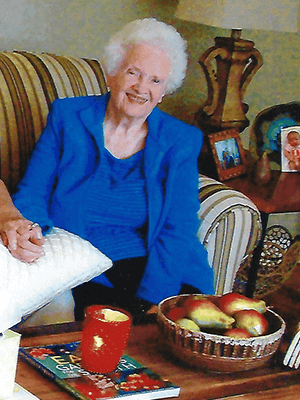 Eleanor Goddard Harris, age 94, passed away Friday, February 1, 2019, at her daughter’s residence in Aberdeen. She was born April 20, 1924, to the late Don R. Goddard and Josephine K. Goddard in Bartlett, Ohio. She graduated from Bartlett High School and attended Ohio University in Athens, Ohio. She married Denver V. Harris on March 1, 1947. She spent many years working in the banking industry and retired from Bancorp South. She was a faithful member of First United Methodist Church, the Chancel Choir, and Circle I in Aberdeen. She is preceded in death by her parents, her husband, and two sisters, Mary Ruth Oswald and Janet Greathouse. She is survived by a daughter, Barbara Ann Rowe of Aberdeen; one son, Don G. Harris (JoAnne) of Houston, Texas; four grandchildren, Col. Scott Rowe (Lindsey) of Okinawa, Japan; Carrie Beth Shelton (Brian) of Nashville, TN; Chris Harris (Rachel) and Drew Harris of Houston, TX; seven great-grandchildren and one sister, Patty Shawd of Bartlett, OH.
To order memorial trees or send flowers to the family in memory of Eleanor Goddard Harris,, please visit our flower store.