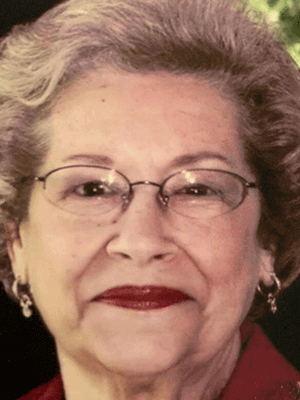 Frances Coggin Pettigrew, 83, passed away peacefully at her home, August 14, 2019, with her loving and attentive husband, Lamar Pettigrew by her side. She was born December 26, 1935 and was the only child of Ruble Thomas Coggin and Lora Reedy Coggin. She was born in the Richmond community at the home of her mother’s parents. Frances grew up in the Shiloh Community and was a member of the Shiloh United Methodist Church. She began attending there when she was only a few weeks old and remained a member until her death. She served as a Sunday School teacher for many years, and as the church pianist for 70 years. She attended Shiloh School until it became part of the Nettleton Consolidated School District in 1944 when she entered 5th grade. The larger school system offered more extracurricular activities and Frances began playing softball, basketball, and later began taking piano lessons. On one occasion she played a musical composition with five other girls on two pianos in a competition and won. This inspired Frances to continue her piano lessons, which was the beginning of her deep love for music. At age 10, she gave her heart and life to Jesus Christ and began playing the piano regularly for Shiloh Church. Being young and very short, her feet would not even touch the pedals. The only hymns she felt she could play well enough for the congregational singing were “Near The Cross”, “What A Friend We Have In Jesus”, and “Work For The Night Is Coming”. Thus, these were sung at every church service for quite some time. As time progressed, she played for revivals at Shiloh and other churches in the community. She married her high school sweetheart, Lamar Pettigrew, in 1954, and they had 3 children. On July 14, 2019, she and Lamar celebrated 65 wonderful years of marriage. She managed Pettigrew’s Grocery, along with Lamar and her in-laws for 11 years. Upon the closing of the store, she was employed at Bank of Mississippi for over 12 years. Not only was Frances an accomplished musician, she was an amazing artist as well. She began to paint beautiful artwork later in life and many of her treasured pieces are in her home or homes of other family members. She also became involved in the Nettleton Ladies’ Civilian Club and served in various leadership positions for over 14 years. Her service included Chapter President, Area Director, Certified Club Builder, Lt. Governor and Chaplain. She received numerous awards and recognitions throughout her service to Civilian International. She also volunteered at the Faith Food Pantry in Nettleton. She lived her life as an example of the virtuous woman detailed in Proverbs 31. She was a faithful wife and a very loving mother. She loved all of her family, both immediate and extended. She was a caring friend and was always willing to lend a helping hand to anyone in her church or community. She will be greatly missed. Survivors include her husband, Henry Lamar Pettigrew; two daughters, Donna Pettigrew Parsons (Ronnie) of Bartlett, TN, and Leshia Pettigrew Roberts (Alan) of Nettleton; one son, David Pettigrew of Nettleton; two granddaughters, Jennifer Otero and Kasi Adams both of Nettleton; three great granddaughters, Baylee and Maddison Otero and Maysie Adams; two great- grandsons, Brantley Hester and Russell Otero, Jr.; and a special care-giver, Pat Inmon. She is preceded in death by her parents, two brothers-in-laws, two sisters-in-laws, a multitude of cousins, nieces, nephews, and friends.
To order memorial trees or send flowers to the family in memory of Frances Coggin Pettigrew, please visit our flower store.