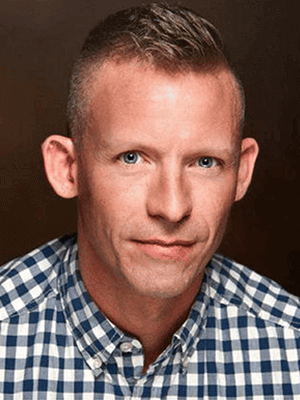 FT. LAUDERALE, FL John Robert Butler Ill, (Johnny/Gemini Aviance) died on June 17, 2018, in Ft. Lauderdale, Florida at the age of 44.
Johnny is survived by his mother, Ann B. Buchanan and her husband, Jeffrey D. Buchanan; his father John Robert Butler Jr. and partner Janet Townsend; his sister Wendi Butler Lucas; and his nephew Tyler Lucas and his wife Jennifer Lucas. He is preceded in death by his grandparents John Robert Butler Sr. and his wife of 72 years, Mary Catherine Ausborn Butler of College Park, GA and Leona Parker Brown of Atlanta, GA. Johnny was born in Atlanta, Georgia on June 2, 1974. At an early age he became interested in performing, singing his first church solo at age 4. His first theatrical role was Gerome in the DeKaIb College production of “South Pacific” at age 7. From there he moved on to community theatre and school productions. In 1992 he graduated from Brookwood High School where he was active in their musical theatre program. Johnny attended Webster University Conservatory where he continued to polish his performance skills. Johnny enjoyed being part of community. As a volunteer for the Emory Hope Clinic’s LifeForward study, he worked to educate men about HIV/AIDS. He worked to organize many fundraisers within the Galano fellowship and helped focus the path of butchOUT’s mission and vision. His love for family was evident when he temporarily left his life in Ft. Lauderdale to return to Atlanta to care for his ailing grandmother. His devotion to friends was marked by his willingness to listen and he always asked “which friend do you want me to be now”, meaning the consoling friend or the advising friend. He was both passionate and honest.
As a singer, dancer, and actor, Johnny enjoyed the spotlight. Whether playing the role of Joseph in “Joseph and the Amazing Technicolor Dreamcoat” at Brookwood, Jack in “Into the Woods” in Atlanta or the southern belle in “Diva Diaries” in Ft. Lauderdale, he always shined. As a performer Johnny/Gemini was fierce. Whether it was in New York City or Atlanta he always took the time to create an experience, not just a show. As part of the House of Aviance, Gemini was known as the fierce sister. Charismatic, passionate and gleaming, adventurous and rowdy at times, he brought laughter and joy to everyone he met. His smile lit up every space he entered. In his final weeks he shared his time with family and friends telling everyone; “It’s not about me, this time is for us. You tell me what you need.”

He left us with these words to share after his death.
“Throughout this entire ugly process, I have been surrounded by such incredible amounts of love and my only wish is that people feel this love at all times. It lives in the people we interact with, not the machines. Please heed that. The accomplishments I am most proud of are the ones that touched and affected other people. I can see now how my choices affect others as well, and while I see the effects – the guilt has been released. Thank you all for being a part of my journey. With God all is possible, and I am very excited to be that close to it again.”
To order memorial trees or send flowers to the family in memory of FT. LAUDERALE, FL John Robert Butler Ill, please visit our flower store.