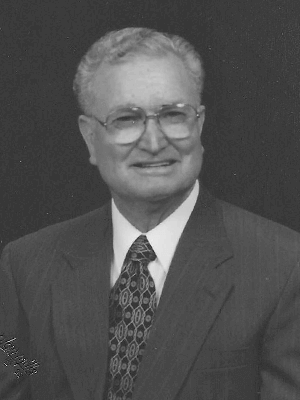 Grover William Jackson, 89, good and faithful servant, answered His Master’s call on Thursday, August 15, 2019. His loving wife, ever present at his side, along with family members, attended his bedside. Grover was born in Monroe County on July 8, 1930 to Grover Cleveland Jackson and Mellie Josephine Jackson. He grew up in the Becker community, and graduated from Becker High School in 1950. While in high school he sang with a gospel quartet, performing throughout the area at churches and community functions. During one of those performances, he met the love of his life, Deloris Weaver Jackson, whom he married in March, 1950. They have shared 69 wonderful years together, a true love story, never far from each other’s side. He joined the Air Force, during the Korean Conflict, where he attained the rank of Staff Sargent. He was stationed in Texas, Montana, and Florida. He and Deloris returned to Aberdeen and joined Friendship Baptist Church, in 1960 and have remained faithful and committed members until failing health prevented their regular attendance. He served as Trustee, Deacon, Sunday School Teacher, and in numerous other capacities throughout the years. His spiritual gift was one of service to others and many benefited from his generosity. Whether working on machinery, carpentry, or missions, he enjoyed helping others and quietly blessed many in need. He enjoyed his vegetable garden and bee hives, sharing his harvest with family and friends. He was a devoted Christian, husband, father, grandfather, and great grandfather. He served as a mentor to many and shared his faith with all he encountered. His favorite Bible verse was 2 Chronicles 7:14. “If my people, which are called by my name, shall humble themselves, and pray, and seek my face, and turn from their wicked ways; then will I hear from heaven, and will forgive their sin, and will heal their land.” He began his civilian career at Hayes Aircraft Corporation in Birmingham, AL. Subsequently he worked for Lann Hardware, Jackson’s Texaco Station, and N.E. Mississippi Butane Gas before opening Jackson’s Heating and Cooling. He received numerous sales and service awards from Westinghouse, Coleman, and Carrier over the years. He sold his business and retired in 2000, after serving the area for 25+ years.
He served the City of Aberdeen for 16 years as a member of the Board of Aldermen. He was a member of the Aberdeen Masonic Lodge #32, the Scottish Rite, and the American Legion.
He is survived by his wife, Deloris, two daughters Barbara (David) Maddox and Linda (David) Blackwell, four grandchildren: Jessica (Grant) Smallwood, D.W. (Riesa) Blackwell, Carrie (Corey) Russell and Maggie (Dustin) Mott; five great grandchildren: Jackson Conner, Kinley Russell, Elizabeth Smallwood, Foster Mae Blackwell, and Aaron Mott; two sisters: Beulah Tucker and Josephine (Bobby) Hudson; numerous nieces and nephews. He was preceded in death by his parents; an infant son; three sisters: Bell Perry, Zula Mae Tucker Coker, Beatrice Plunkett; one brother, Nathaniel Jackson; and two brother-in-laws, James Tucker and Hubert Tucker.

Due to decling health “Mr Grover” was a resident of Rosewood Assisted Living in Belden since December, 2018. The family would like to express their sincere thanks to all of the staff for their exceptional care and to Home Care Hospice for their assistance during these last difficult months.
To order memorial trees or send flowers to the family in memory of Grover William Jackson, please visit our flower store.