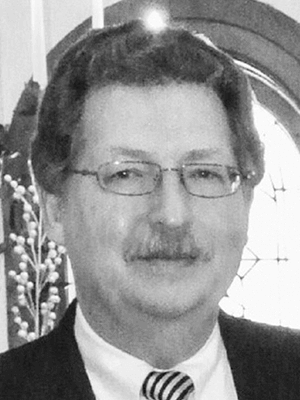 Jack H. Michels of Jackson, Michigan, formerly of Lake Orion, Michigan went home to be with his Lord on Monday, August 12, 2019 at Michigan Medicine at the age of 71. Jack was the son of Howard Anthony and Joyce Elaine (Philips) born February 25, 1948 in Lake Orion, Michigan. He is survived by his loving wife of 44 years, Linda (Oglesby) Michels; daughter Leigh (Shane) Goodell and their children Caleb, Mitzi Grace, Addison, and Cole; two brothers, Barry (Barb) Michels, Joseph (Kim) Michels; sister, Michelle Michels; numerous nieces, nephews and cousins. Jack was preceded in death by his daughter Mitzi Pauline Michels; his parents; brother, Howard Michels II; his mother-in-law and father-in-law, Samuel and Pauline Oglesby. Jack was a graduate of Lake Orion High School and Lawrence Technological University with his Bachelor of Science degree where he was Valedictorian of his class. He retired form Walker / Tenneco Automotive after 30 years of service. He then became North American President of SAFFIL. Jack dearly loved spending time with his family, especially his grandchildren and was an avid University of Michigan football fan.
To order memorial trees or send flowers to the family in memory of Jack H. Michels of Jackson, please visit our flower store.