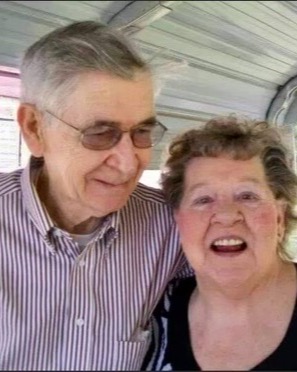 John Henry Gilreath, Jr., 88 passed away on December 25, 2022 at the Care Center of Aberdeen.  He was born at home in the Darracott Community on October 1, 1934 to the late John Henry Gilreath, Sr. and Irene Dahlem Gilreath.  John graduated from Aberdeen High School. He married Mary Joann Wright in 1961 and together they shared nearly 50 years of marriage before her passing in 2010.  John was a small engine mechanic working for the Coca Cola Bottling Company in Aberdeen, Preston Auto Parts and lastly he worked with Charlie Clarkston.  John was most definitely an outdoorsman, enjoying hunting, fishing and gardening.

In addition to his parents and wife, he is preceded in death by a sister, Virginia Gilreath and brother, Ernie Gilreath.

Visitation will be prior to the service on Thursday from 11 AM until 12:45 PM at the funeral home.

Donations may be given to the Lebanon Cemetery Fund C/O Donnie Mobley 10292 Darracott Rd Aberdeen, MS 39730.

To order memorial trees or send flowers to the family in memory of John Henry Gilreath, Jr., please visit our flower store.