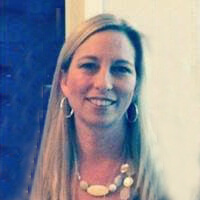 Laura Susan Houston Collins passed away peacefully on August 14, 2020, following a brief illness, at her residence in Cumming, Georgia. Laura was born on June 27, 1973, in Tupelo, Mississippi, the daughter of Judge David W. Houston, III, and Anne O’Neil Norman. Laura graduated from All Saints Episcopal School in Vicksburg, Mississippi, and thereafter, obtained her Bachelor of Arts Degree in Education from the University of Mississippi. She taught school for several years, beginning her career at the East Amory Elementary School in Amory, Mississippi; most recently, she was employed as a Senior Administrative Assistant with the Council on Occupational Education in Atlanta, Georgia. She coordinated and planned educational projects for the Council nationwide.

Laura was a loving, caring person, not only for her sons and for her family, but also for a wide spectrum of friends stretching from Mississippi into Georgia. She was a voracious reader and an avid sports fan. She was loyal without reservation to her Ole Miss Rebels through both prosperous and lean seasons. Her mental faculties were acute. She thrived on watching “Jeopardy” and competing against the contestants appearing on each program. She never refused to accept a challenge from a friend, an acquaintance, or even a perfect stranger to participate in a face-toface competition during the telecast of a Jeopardy program. Her win-loss record was nothing less than spectacular. Laura was a “fun,” generous person with an infectious laugh and smile. She enjoyed having a good time with her family and her many friends. She will be sorely missed by those who knew her and loved her.

The family for Laura Houston Collins asked that memorials may be sent to St. Johns Episcopal Church in Aberdeen, MS, or to the charity of your choice.

Misssissippi
To order memorial trees or send flowers to the family in memory of Laura Susan Houston Collins, please visit our flower store.