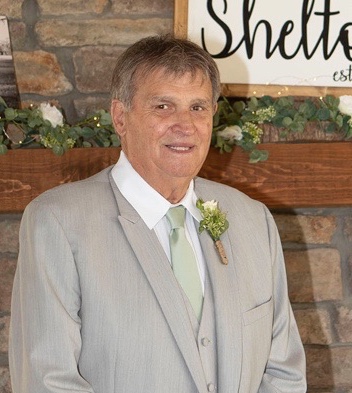 Robert Earl Hawkins, age 75, died Friday, May 7, 2021 at Sanctuary Hospice. He was born November 9, 1945 to Jim Ed Hawkins and Jessie Adean Freeman Hawkins of Aberdeen, MS. He was a 1965 graduate of Aberdeen High School. He retired as a supervisor from Texas Eastern Natural Gas after working for twenty-eight years. He served in the National Guard for twenty-two years from 1966 until 1988 and was a member of the American Legion in Aberdeen. He loved his country and his brothers he served with, along with all past and present military members. He loved to collect trinkets as he called it. He was always going to sales and flea markets. There are not many places he went that he didn’t know someone or they didn’t know him. He always had a kind smile on his face and never met a stranger.

He is preceded in death by his parents and mother of his children, Judy Elaine Welch Hawkins.

Services will be at 1:00 p.m., Tuesday, May 11, 2021 in the Tisdale-Lann Memorial Chapel in Aberdeen, MS with Bro. Robert Earl Fowlkes and Bro. Joe Dan Roberts officiating. Burial with Military Rites will be in Oaklawn Memorial Gardens.

Condolences may be shared at tisdalelannmemorialfh.com.

To order memorial trees or send flowers to the family in memory of Robert Earl Hawkins, please visit our flower store.
Open