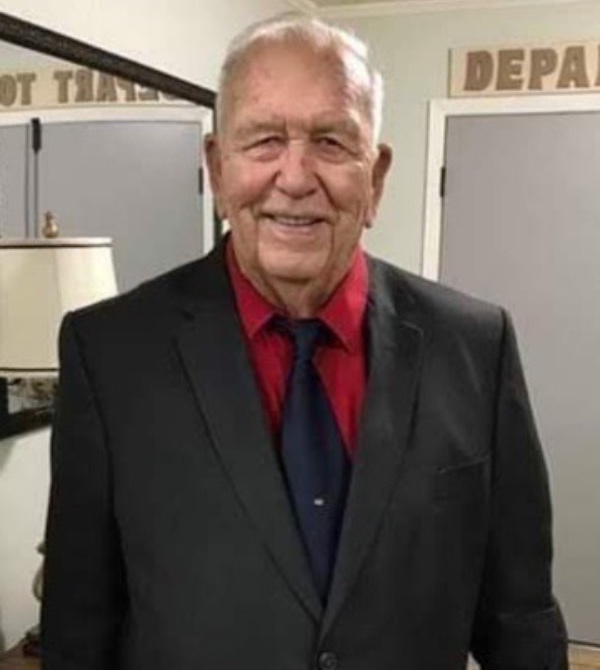 Roy Dean Harmon, 85, passed away on Wednesday, August 24, 2022 at the North Mississippi Medical Center in Tupelo.  He was born on November 17, 1936 in Smithville to the late Samuel Graden and Bertha Cooper Harmon.  Roy lived most of his life in Hamilton and graduated from Hamilton High School Class of 1955.  He honorably served in the Mississippi Army National Guard.  on March 9, 1956 he married his sweetheart, Mollie Ann Stapp. Together they had 2 children.  Roy retired from Kerr-McGhee after a longtime career.  If you knew Roy, you knew music was in his blood.  He was a longtime member of the Country Friends Band.  They enjoyed playing and singing country and gospel music at the area nursing homes and the Sparta Opry.  Every monday night, the band met up at Roy and Mollie's for supper and music.  He also loved to fish, visit with his buddies and go out and eat.  He was a generous man and loved to cut grass for his friends and neighbors.  Roy loved the Lord and was a member of Hamilton Church of Christ.

In addition to his parents and wife, Mollie, Roy is preceded in death by his sister Betty Brown and a great granddaughter, Nevaeh Hadaway.

Visitation will be at the funeral home on Friday from 1 PM until 1:45 PM.

To order memorial trees or send flowers to the family in memory of Roy Dean Harmon, please visit our flower store.