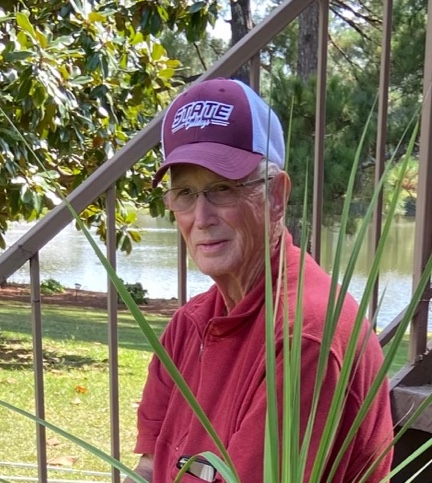 Samuel Thomas Criddle, 76, passed away Thursday, October 21, 2021 at Monroe Regional Hospital in Aberdeen. Sam was born on April 19, 1945 in Mantee, MS to the late Tommie Caldwell Criddle and M. Lorette Dendy Criddle. Earlier in life, Sam worked in the private sector, lastly as a manager at American Coloid. In the early 1980’s he bought South Amory Flower, thinking this would be a great hobby. What began as a hobby would turn into a career of over 36 years, with Sam serving all of Monroe County as a renowned florist. Sam’s creativity and southern charm was highly sought after. He truly appreciated and loved his customers as family. Sam not only loved making floral arrangements but was also a master gardener, winning Yard of the Year several times, as it was often told that his yard and gardens looked as if it were in the Southern Living Magazine. His love went deeper than flowers when it came to Mississippi State University Sports. He was a die-hard bulldog basketball and baseball fan. Sam loved people and his beloved Aberdeen and he was named Outstanding Citizen of the Year in 1988. He enjoyed traveling, spending time with his siblings and fishing. Greater than his love for flowers, MSU sports, traveling or fishing was his love for his wife of 55 years, Gloria. Sam was an attentive, devoted and caring husband. He was also a member of Aberdeen First United Methodist Church.

In addition to his parents, he is preceded in death by his son, Christopher Criddle; mother and father in law’s, James B. and Frances Berryhill; brothers, Forrest and John Criddle; maternal and paternal grandparents.

Visitation will be Sunday from 2 pm until 3:45 PM at the funeral home.

Donations may be given to Le Bonheur Childrens Hospital and St. Jude Children's Research Hospital in Sam’s memory.

To order memorial trees or send flowers to the family in memory of Sam Criddle, please visit our flower store.