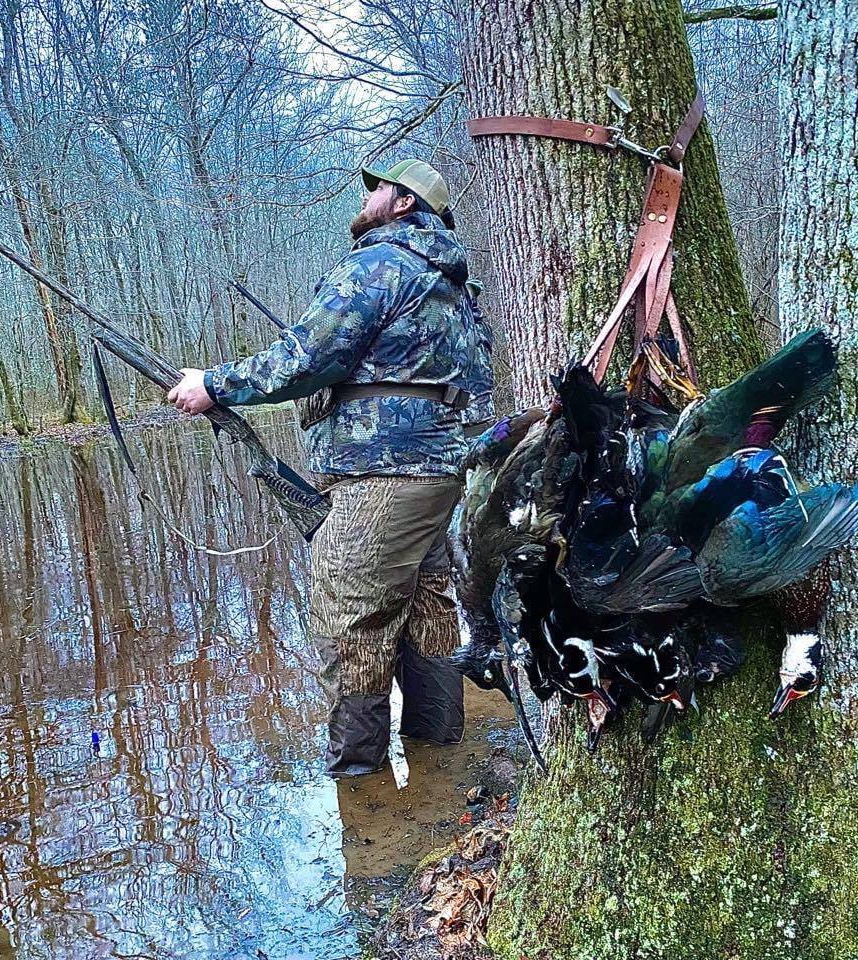 Travis Tyler Jones, 27, passed away on Tuesday, September 14, 2021 at North Mississippi Medical Center-Gilmore in Amory. Tyler was born on May 25, 1994 in Columbus to Benny Joe and Sherrie Thompson Jones. He grew up in Hamilton and he was a 2012 graduate of Hamilton High School. He earned his associate degree in nursing from Itawamba Community College and later furthered his education graduating from The W in Columbus with his BSN. For nearly 7 years, he was a nurse at North Mississippi Medical Center in Tupelo. His goal was to absolutely help others and showed that as a true Southern gentleman. He touched many lives living for Christ and not being ashamed, he often prayed with his patients. Tyler was absolutely selfless in every way. He lived his life for others, and he looked out for others’ needs. He was an avid outdoorsman and whether it flew, swam, or run, he’d hunt it and could outsmart any game. A recent highlight was his return from a Louisiana alligator hunt. His family was his world and he loved to pull pranks on his family and coworkers. Above all was his faith in God. He loved to serve his church, First Baptist in Aberdeen where he played bass guitar and Tyler wouldn’t leave the building until he knew all the elderly were out safely. Tyler Jones will be greatly missed.

His funeral service will be held at 1 p.m. on Saturday, September 18, 2021 at Vibrant Church in Columbus with Bro. Chris Thomas and Bro. Mel Howton officiating. Burial will follow in Center Hill Cemetery. Tisdale-Lann Memorial Funeral Home is honored to serve Tyler’s family.

In addition to his parents, Benny and Sherrie Jones of Hamilton; he is survived by two sisters, Amber Jones of Madison and Hailee Jones of Hamilton; his grandparents, Peggy Sue Criddle of Columbus and Travis Thompson of Aberdeen; aunts and uncles, Jane Knoop (Harold) of Aberdeen, Terrie Lynn Reed (Jack) of Columbus, Ginger Autry (Don) of Nettleton, Dennis Criddle (Cheryl) of Crestview, KY, and Paul Criddle of Caledonia; niece, Ella Burke Jones; several great aunts and uncles; and a host of cousins.

He was preceded in death by his grandparents, Shirley Thompson and James Earl Criddle.

Visitation will be from 4 until 7 p.m. at Vibrant Church in Columbus and from noon until service time on Saturday. The family requests if you have a special memory or story of Tyler to write, please share it during visitation at the designated memory table that will be available at the church.

To order memorial trees or send flowers to the family in memory of Tyler Jones, please visit our flower store.