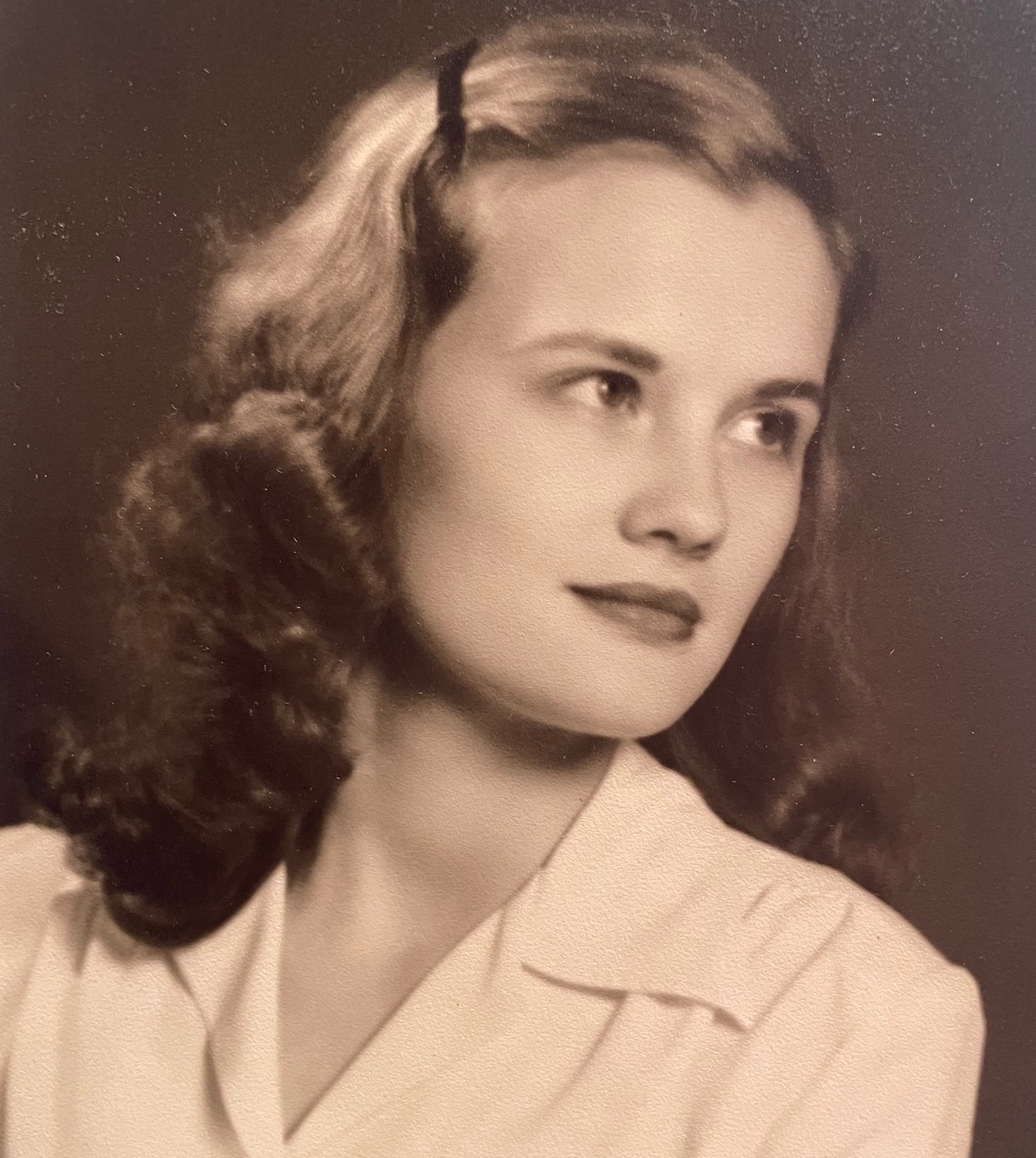 Vera Laurette Trantham Walters, 95, passed away on August 25, 2022, one day shy of her 96th birthday, at Baptist Memorial Hospital, Columbus, MS. She was the only child of Wade Taylor Trantham and Alma June Clayton Trantham of the Blackland community in Prentiss County, MS.

Vera grew up a child of the Great Depression.  Her dad was a rural farmer, and her mother was a teacher and principal.  Vera inherited their strong work ethic and their love of a simple but rich life that only a hill country North Mississippi upbringing can engender.  She was joyful in all circumstances and always found the good in everyone and every situation.

Vera was a graduate of Booneville High School. She was also a graduate of Mississippi State College for Women, which is now Mississippi University for Women. She was involved in professional organizations in college and enjoyed them greatly.  Her years at “the W” were some of her most cherished memories. She married her beloved husband, Myrle C. Walters, of nearly 70 years on August 10, 1947.

Following her graduation, Vera taught WWII veterans at Lee High in Columbus, MS.  She also worked at the Columbus Air Force Base.  She and Myrle began welcoming their three children in 1950, and Vera began her lifelong work as a mother.  Vera cheerfully and tirelessly carried her children to countless activities, from swim meets to beauty pageants.

Vera was a 50 year member of the Cotton Gin Port Chapter of the Daughters of the American Revolution.  She was a Sunday school teacher at her beloved First United Methodist Church in Aberdeen.  She continued her teaching career as a grandmother and great grandmother, instilling a love of reading and learning.  Reading, traveling, and helping her husband with his work were the main activities after her children were grown.

Vera’s love of family was most evident in her role as caretaker for her father, her aunt, her mother-in-law, and her grandchildren. She brought her father and aunt into her home to care for them for extended periods of time.  This care was indicative of how unselfish she was.

She was also a faithful and loyal fan of the MSU football and baseball teams. She was adamant in her love for her Dawgs and attended countless games with Myrle.

Her funeral service will be held Sunday, August 28, at 2:00 p.m. at the First United Methodist Church in Aberdeen. The Reverend David Harrell will officiate. Burial will follow at Odd Fellows Rest Cemetery in Aberdeen. Visitation will begin at 1:00 p.m. prior to the funeral service at the church. Pallbearers will be A. B. Puckett IV, Web Walters, Clayton Walters, Dr. Rob Marble, Travis Wolfe, Peter Haworth, and Franklin Evans. Honorary pallbearers will be Dale Pierce, Jim Box, Conwell Harris, and Don Land. In lieu of flowers, memorials may be made to First United Methodist Church of Aberdeen, MS, or to Vera and Myrle Walters Memorial Scholarship, MUW Foundation, 1100 College St., W-1618 Columbus, MS, 39701.  www.longblueline.muw.edu

Services are in the care of Tisdale Lann Memorial Funeral Home in Aberdeen.

To order memorial trees or send flowers to the family in memory of Vera Walters, please visit our flower store.