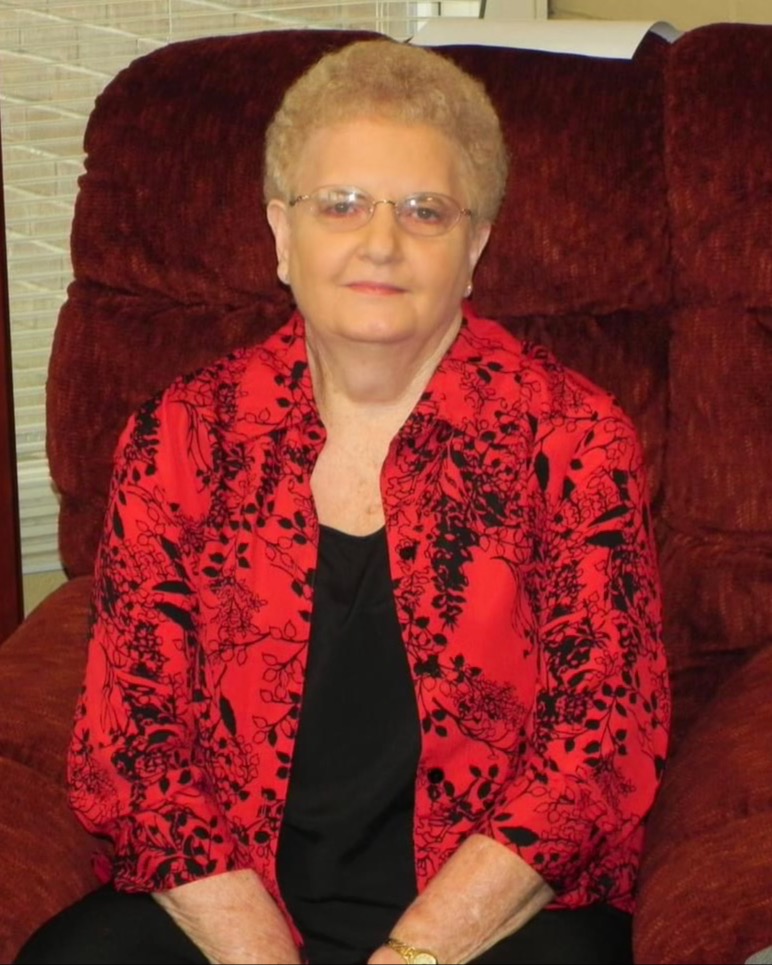 Vergie Smith Slade, 82, met her Savior face to face on December 28, 2022, surrounded by her children at her home in Lackey, MS. Born on March 9, 1940, in Lumberton, MS, she was the daughter of the late Houston Smith and Elsie Mae Rayburn Smith.

Vergie grew up in Forrest County, MS and attended Forrest County AHS. She married her high school sweetheart, Billy Euel Slade, on July 20, 1957, and they were blessed with 64 years of marriage. They were also blessed with four children, twelve grandchildren, and sixteen great-grandchildren. She loved her family, and they were what gave her the most enjoyment in life.

She spent many years as a homemaker and worked at South Monroe Sportswear before retiring. She was a member of Southside Baptist Church, Aberdeen, MS. She genuinely enjoyed spending precious time with her family, especially her grandchildren. Vergie also enjoyed reading, watching sports, and talking with each of her children on the phone. She was a strong and steadfast mother who was always proud of her family’s accomplishments.

Although she will be missed by those whom she knew and loved, her family knows that she is finally healed and reunited with her loving husband. Her legacy of love will live on in the hearts of her family and friends.

In addition to her husband and parents, she was preceded in death by her brother, Herman Smith, her sisters, Joice Smith, and Eula Mae Pace Lee and her twin sister, Versie Smith Lumpkin.

Visitation for family and friends will be on Friday, December 30, 2022, from 5:00-8:00 pm at Tisdale-Lann Memorial Funeral Home in Aberdeen.

To order memorial trees or send flowers to the family in memory of Vergie Slade, please visit our flower store.