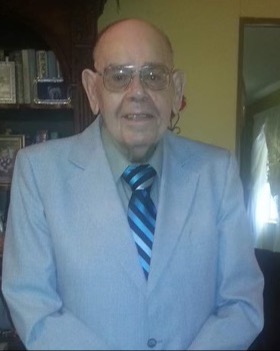 Walter Rayford Prestage, 88, passed away on Wednesday November 2, 2022 at his residence in Aberdeen.  He was born on July 30, 1934 in Itawamba County to the late James D. and Icy Dill Prestage.  Walter grew up in the Gibson Community and attended Okolona School where he played on the football team. He served in the United States Army.  Walter worked for a number of years at Walker Manufacturing and later retired from Bradly Lumber Company.  He enjoyed bird hunting and fishing.  During racing season, it was a given that Walter would be watching Nascar every Sunday evening.  Dale Earnhart had no bigger fan than Walter Prestage. He also enjoyed watching Ole Miss football and the older Westerns.  He was a member of Prairie Baptist Church.

In addition to his parents, Walter is preceded in death by his wife, Phyllis Prestage; sisters, Willie Mae Boyce and Earline Busby; brothers, Allen and Ellis Prestage.

Funeral Services will be held at 1 PM on Friday, November 4, 2022 at Tisdale Lann Memorial Funeral Home in Aberdeen with Bro. George Collins officiating.  Burial will follow in Lee Memorial Park in Verona.

Visitation will be Thursday evening at the funeral home from 5-8 PM.

To order memorial trees or send flowers to the family in memory of Walter Rayford Prestage, please visit our flower store.